Through the looking glass ... From the Kaleidoscope 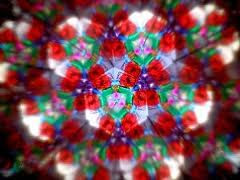 Through the looking glass ... From the Kaleidoscope

As human beings we love patterns. We like lines, symmetry. Ants following each other in a line, supermarket aisles neatly arranged with hundreds of products kept in orderly rows, paintings hung in straight lines. We yearn for similarity and evenness. Disruption and disorder scares us. We never stop to think what would happen if ants didn’t move in a line or if the sun didn’t rise one day. The mere thought troubles us.

When Ivan Pavlov performed the experiments for classical conditioning he formed the basic law of human behavior – we get so used to patterns that we respond to unconditioned stimulus.

A few days ago someone asked me what kind of people I liked being friends with. This person believed that there had to be some kind of similarity amongst the people I have known. The best at that point I could come up with was – people who don’t snore.

But I got thinking, was there a pattern, a similarity in the people we attract into our lives?

Do we time and time again run into the same kind of people, the same situations? Like a never ending merry go round.

The thing with patterns is that good or bad, they become so comforting and familiar that we try and stick to them.

Are we all one of Pavlov’s dogs?

Disruption is the law of nature – Disruption alters simplicity into extraordinary.

Try sitting on a different seat in the bus, taking another route to work, try a different dressing in your salad. – The world looks different from another angle, the world tastes different.
Take the leap of faith at times, risk to try something new – meet people who are just not like you, different in belief and being.

For once, try walking in the sun.

Changing Pavlov’s theory, twisting and turning the kaleidoscope.
Posted by idletuesdayafternoonthoughts at 6:28 AM 3 comments: