I am a bit late with this post. We are already an hour into 2014. But somewhere in the world, people are still trying to finish their 2013 resolutions and gearing up for the New Year. They say that the sun is always rising somewhere around the globe. I say, it’s never too late.

2013 taught me about the act, beauty and nature of BALANCE.

It gave me two beautiful new friends and at the same time, took away a cherished one.

It gave me successes in my career but made me make tough choices.

It gave me time with my parents but for the first time made me realize that they are getting old.

This is the year I saw some of my favorite paintings. I stood in front of Starry Night and almost cried. I dropped my jaw at Monet’s water lilies till I got completely mesmerized.

I watched Tom Hanks live on Broadway and controlled my urge to scream.
I climbed a shaky windmill.

I discovered flea and farmers markets, I discovered a side of my city I was searching for.

I built tall walls around me, broke them completely and then built them again. Every time I did this, it emptied me completely and left me off ground. I finally learned to walk on stable ground, throw away the walls and build fences instead.

I met strangers in strange countries and became friends.
For some reason, they seemed to get me more than a lot of people who claimed to know me. I learned that the beauty of friendship doesn't come with language and time.

I traveled to new countries and continents by myself but didn’t spend enough time at home in solitude.
As I enter 2014, I take with me the lesson of balance, walking the line and of sowing and reaping.

I have come to believe that sometimes you might do or say things that are not right at that point of time. But if your intentions are pure, they don’t mean malice and they stem from a greater good then sooner or later balance will be restored.

So, to all the people I know - I hope this year brings you your part of balance. I hope you reap it all in 2014 and I hope that you walk the line, head held high and with a smile on your face.

Have an amazing 2014 full of travels, adventures, new experiences and the kind of love that you just cannot contain.
Posted by idletuesdayafternoonthoughts at 2:01 PM 1 comment: 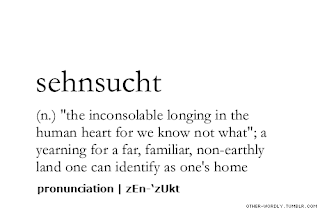 There is a feeling of emptiness. A sense of dissatisfaction that has engulfed me for the longest time.

It rises and ebbs perhaps depending on the phase of life I am in. I doubt if this hollowness will ever be filled. It was there when I was born and it continues to grow as I age.

To fill it is my struggle throughout this life that I have been bestowed. The rise of the yearning to diminish it is my force to move ahead, to grow and move on. Its ebb is my period of lull, of comfort.

It doesn’t like the lull though. In no time creeps in the discontent, the doubt, the uneasiness, the longing of another place and another horizon.

I am always walking the thin line between finding the reason of its existence and the utter comfort of my ignorance of it being the core of what I am.

I could let it be stagnant, but I scrape its raw skin ever so often.

It’s a fresh wound I enjoy the pain of.

It’s the unknown that excites me.

It’s the darkness that leads me to the light.

Where would I be, what would my soul be without this hollow, this yearning, this discomfort?

I wouldn’t be me.

Posted by idletuesdayafternoonthoughts at 12:34 AM No comments: